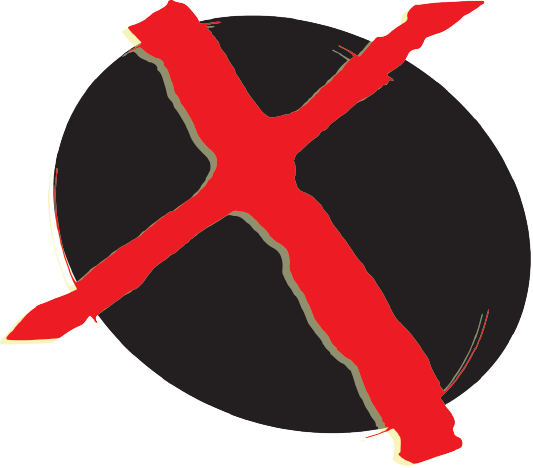 GENESIS 16 – SARAI & HAGAR
>< v.1-6 Sarai decided to solve her problem of being childless her own way.  She offered her Egyptian servant girl, Hagar, to Avram as a sort of wife substitute…not a wife, but a concubine, for the purpose of making babies.  She continued to be Sarai’s handmaiden.
**Hebrew tradition affirms that Hagar was a princess of Egypt and was given away by Pharaoh when he expelled Avram’s household some five years earlier.

Why did Hagar look on Sarai with contempt?  Well, Hagar would have lost social position in the eyes of the people.  The child Hagar was carrying would belong to Avram & Sarai.  It’s no wonder that Hagar would be motivated to behave more as an equal with Sarai.

Notice Sarai’s behaviour and language as she confronts her current situation.  It was her great idea to offer Hagar to Avram so they could have a child.  She now blames Avram for the way that Hagar is treating her.  Have you ever had a plan that seemed to be a really good idea, until it was carried out and you didn’t know what to do next?

>< v.7-14 Hagar Runs Away  Sarai had treated Sarai so harshly that she ran away from her.  We are introduced to a character referred to as “The angel of ADONAI”
[**see sidebar mal’ach & mal’ach Adonai] who found Hagar by a desert spring and instructed her to return to Sarai and submit to her authority.  The mal’ach Adonai spoke with the first person voice of Yehoveh God as He made declaration that she will have many descendants and he child is to be named Yishma’el (God pays attention) and pronounced  the child’s destiny.

**Yishma’el was the patriarch of several races and family lines, most famously the Arabs.  It’s interesting that the land of the Arabs, Arabia, eventually came to be located east of Israel!

GENESIS 17 – BUILDING ON THE COVENANT
>< v.1-8 Avram Becomes Avraham God reaffirms the covenant He made with Avram 29 years earlier…the land of Kena’an would forever belong to his descendants.  God changes his name from “exalted father” to “father of many” as God would cause him to be fruitful and

Avraham would be the father of many goyim (nations).  **This is the unconditional covenant
**From the time God made the covenant with Avram, the land technically belonged to the Hebrews, but they had simply not yet taken possession of it.

>< v.9-14 Conditional Covenant—Circumcision
This covenant was bilateral, not unilateral—Avraham and his descendants had obligations to perform in order to keep the covenant intact.  This covenant was individual: each person from Avraham’s line would need to accept this covenant for himself, or not.  This was a sign that they chose to participate in the Avrahamic covenant, giving loyalty to the God of Avraham.

>< v.15-22 Sarai Becomes Sarah God changes her name from “mockery” to mean “princess” and He would bless her and make her the mother of many nations through a child of her own to be named Yitz’chak (Isaac “laughter”).  Yishma’el would still be blessed, but the covenant would be established through Yitz’chak.

>< v.23-27 Why Circumcision? God’s standard covenant protocol required shedding of blood (typically animal blood), the cutting of flesh (typically animal flesh), and the separating of that flesh into two groups.
In circumcision, the male body is used as the sacrificial flesh—the flesh is cut, blood shed, and cut-up flesh was separated.  The penalty for refusing the b’rit milah was stern as you would be literally cut-off from your clan and spiritually cut-off from God and His covenant promises.
**see Romans 2:25-29 for Circumcision of the Heart

GENESIS 18 – A STRANGE VISIT
>< v.1-8 Yud-Heh-Vav-Heh Appeared  We see in this text that three men visited Avraham.  All the fuss over his visitors was nothing out of the ordinary; it was traditional Middle Eastern hospitality in that era.  Who were these three men exactly?  Verse 1 clearly says that “YHVH appeared to Avraham.”  Can you imagine God or even angels eating the food prepared for them?

>< v.9-15 Sarah Laughs at Yehoveh’s Plan. The visitors ask a rhetorical question to Avraham, “Where is your wife Sarah?”…as if they didn’t already know.  Sarah was anxiously eavesdropping out of curiosity as to who these three visitors were.  When she heard the promise that she had a child she laughed in ridicule.  When asked why she laughed she denied it, but she was caught.